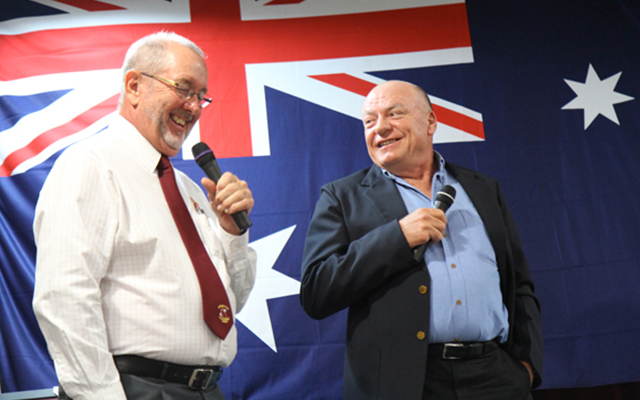 Congratulations to Ken Stevens who was inducted into the QCTA (Qld Clay Target Assoc) Hall of Fame over the weekend.

Ken has been involved in trap shooting for 47 years and has numerous trap shooting achievements under his belt, including State and National titles. Ken, his father Bill and brothers Greg and Daryl have a long history with trap shooting and it was great to see them all together again shooting at the State Trap Carnival out at Roma this weekend.

Ken said it had been a great honour to be inducted into the Hall of Fame, and it was a very rare and special occasion to be able to squad up with his father, brothers and close friends to shoot the competition, and reminisce about days gone by.

Ken is the National Marketing Manager for NIOA.